The birth of Abiding Grace Lutheran Church in Gillette, Wyoming.

Abiding Grace Lutheran Church in Gillette, Wyoming, began as a group of individuals, couples and young families meeting together for Bible study in the summer of 2009. Abiding Grace was served by unlicensed lay minister Brian Hauschild until July 2012 when the Rev. Phillip Hofinga was called as our first ordained pastor. Abiding Grace met in several rented spaces around Gillette and held its first worship service with 21 in attendance on Palm Sunday of 2010 at a facility that originally belonged to the Jehovah Witnesses. More recently, Abiding Grace has been meeting in converted office space in a professional center. But God blessed them with the opportunity to purchase a property that will be converted to a permanent church home. 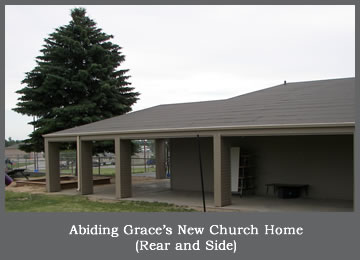 The building that was purchased belonged to the Boys & Girls Club of Campbell County. It was given to them, and recently the Campbell County School District offered to give them a school building that the School District is replacing. As a result, the Boys & Girls Club decided to sell their building for the amount that they spent on maintenance and upkeep of the building (new siding, roof, windows, etc.). This amount, $260,000 is far less than the building’s value. Abiding Grace Lutheran Church was the first to put in an offer for the asking price and the offer was immediately accepted.

This facility, although it was originally built to be a community center, has an open space that will work well as our sanctuary.Abiding Grace will also have enough space for Sunday School classrooms and fellowship. They are praying for God’s direction as to how they can minister to their community in this new facility. One option that they are considering is opening a daycare center. 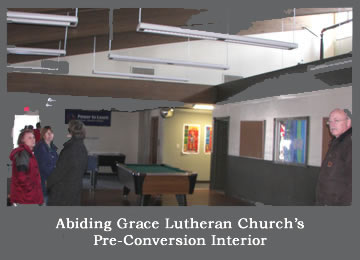 CurrentlyAbiding Grace has 99 members and an average Sunday attendance of 65. The congregation consists of families with kids of all ages, older retirees, singles and college students. One of their families spans four generations. Gillette is the self-proclaimed “energy capital of the nation” and many of ther members work in the coal or gas industries. They also have a high concentration of teachers in our congregation.

Abiding Grace is looking forward to what God has in store for they as they make their next transition into this new facility. To contact the church or learn about their service times, visit www.AbidingGraceLutheran.org.